I once lived in Warwickshire, before leaving for Canada in 2009. I lived in a hamlet between Rugby and Leamington Spa. A peaceful tranquil place where the nearest supermarket was 7 miles away. The hamlet was just a few houses, a church that played bells on the day of worship to the north and a primary school buzzing with small children to the south.

You have to visualise this, the smell of burning wood coming from open chimneys, birds chirping a chorus line most of the day and clip clop of horse shoes along the country lane. In front of my property was a field of sheep grazing and the occasional baa especially if you looked at them. In the rear of the property was agricultural land so on occasions you would hear the noise of farming machinery. 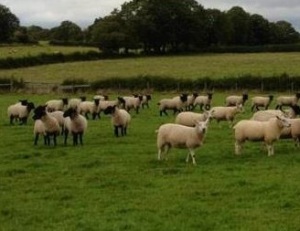 This was a beautiful house and I really didn’t appreciate it enough. I spent most of my time renovating the place, working or traveling. The only downfall for me was that I couldn’t walk to a shop or post office, I had to drive, pretty much like Canada I guess. 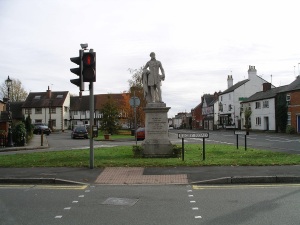 Dunchurch was a village to the south of Rugby and was refered to in the Doomsday Book. Some buildings date back to the 15th century and are timber framed and thatch roof construction.

The building below was formerly known as the Red Lion Inn before being converted into a private residence and renamed Guy Fawkes House. Historically it was reported that “The Gunpowder Plotters” were waiting for news from Guy Fawkes’s attempt to blow up the Houses of Parliament. Their role if he was successful was to kidnap the Kings daughter Elizabeth of Bohemia from nearby Coombe Abbey.

Next week I will continue with Warwickshire.