On Monday my husband took me to the hospital for my cancer treatment and blood tests. as we were there sometime discussing my current issues with my Net Nurse we had to rush home as there is about a 30 minutes commute to pick up Lottie (Dog) for her grooming appointment. As you can imagine after taking 2 pokes I was not feeling 100%, however I went with him for the fresh air as I seemed to be lacking the quality of outside air at this moment in time. Walking is an obstacle with my spine and GI issues…….all the fun of being a cancer patient.

Lottie attends a grooming shop in a semi rural area called Hillmorton Locks along side the Oxford Canal. This is one of those times when I kick myself for not exploring the area more in the past. It’s roughly a 5 minute drive from where I live now in Rugby and is only a 5 minute walk from where I previously lived. We get so wrapped up in our lives that we seem to dismiss what is right in front of us. Now that I want to explore, I cant due to my GI symptoms. Hopefully Oncology can get on top of everything so that I can reconnoitre.

The Oxford Canal was completed in 1790 and is 78 miles long in Central England. The canal goes through the counties of Oxfordshire, Northampton and Warwickshire, which connects to the River Thames and the Grand Union Canal. The canal was very important for trade between the Midlands and London, however the canal is more about pleasure today

Hillmorton Locks saw improvements in August in 1740 to ease the flow on the canal. By improving the locks there was an increase in traffic and a recorded 20,859 vessels passed through the Hillmorton Locks by 1842.

Alongside the canal edge is the Canalchef Bistro offering a variety of drinks and food. Inside the Bistro is full of canal memorabilia and history.

The buildings next to the canal are early nineteenth century structures of red brick and slate roofs with architectural details. 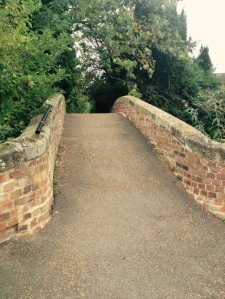 The bridge that links the canal side buildings and Hillmorton Locks. 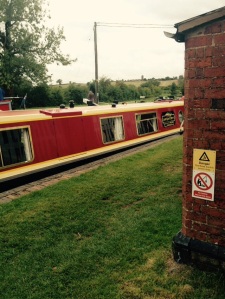 An excellent example of British engineering and should be explored not only for a means of travel around the UK but for a possible holiday experience.