The Rugby World Cup is fast approaching although I’m not a rugby game enthusiastic, I will watch the World Cup with interest. I guess that is considered a perk when you have cancer, illness allows you time to watch these events.  This year should be interesting as I live in the town where the rugby game was invented. 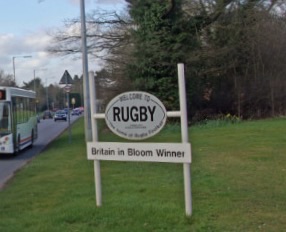 The game was apparently invented by William Webb Ellis in 1820’s. William attended Rugby School and the story is, that he had a disregard for rules so when playing football  he picked up the ball and started to run and this is how it all started

There is a rugby museum in the town called ” Webb Ellis Museum”, which educates you on the history of the game, the development of the game, players and the ball.

The winner of the Rugby World Cup will be presented with the William Webb Ellis Cup, which recently came to Rugby on the trophy tour 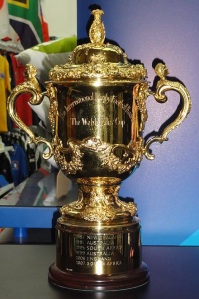 I hope to see England win, however I think it will be New Zealand and I will be following Canada with interest.